This Is How It Always Is 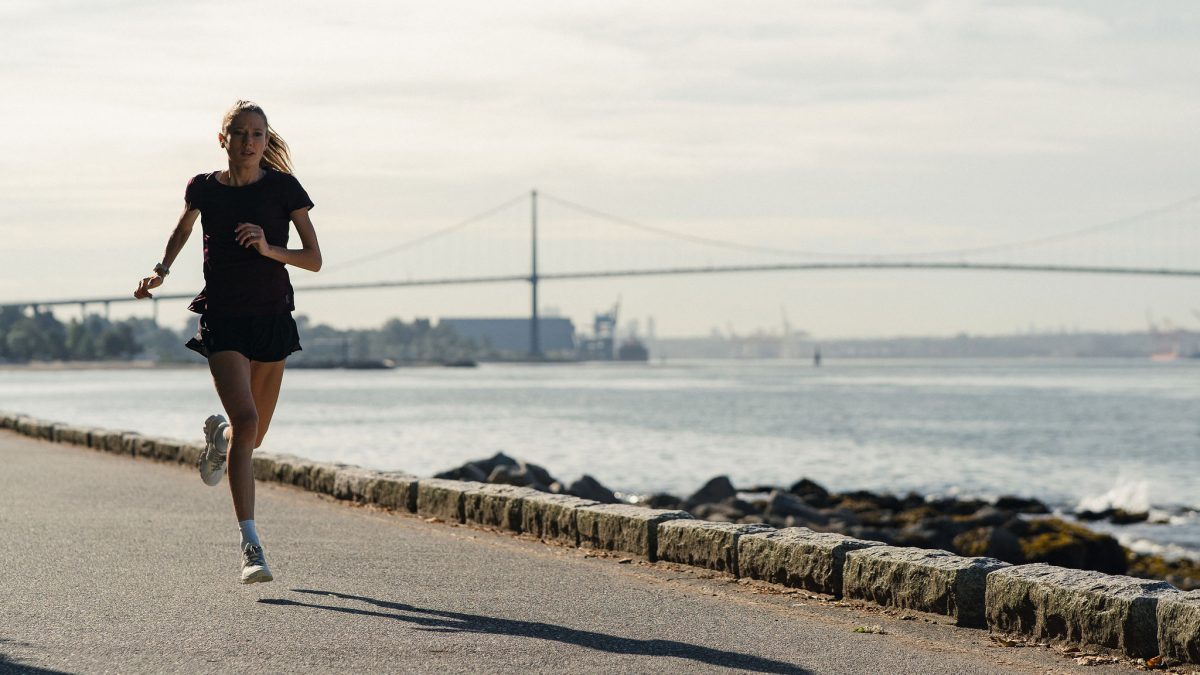 It’s funny how as you get older you realize that the strangest lessons can stick with you: when I was in grade 10 my teacher taught us about goal setting, and had us write long- (where you’d like to be in a year or so), medium- (a mid-length goal to check-in on your journey’s progress) and short- (immediate goal, in the next few days or weeks) goals. A critical piece of advice we were given was that if you achieve all your goals, you are setting them too easy, and if you fail to achieve any, then you might be setting them out of reach. At that point I was just starting into distance running and was completely captivated by it. I don’t have the piece of paper that I scribbled my assignment on, but I’m sure it looked something like this: I think this aspect of goal setting is partially why I fell so hopelessly in love with athletics; it’s a sport about guessing your limit, and creatively finding ways to get there. Over the years, I’ve continued to set these style of goals, but the scale of my dreams have grown with me: evolving from provincial medals, to making provincial teams, to junior national teams, to eventually making senior national teams. I’m proud of the ratio of goals I’ve achieved vs. missed: I never won the BC High School championships, but I managed to medal in my senior year. I never made a Junior National Track and Field team, but I made the Junior World Cross Country team and went on to represent Canada in Senior Track and Field. I never became a World Class 1500m athlete as I had once – lucratively – dreamed, but I have had international success is the longer events. All that said, there is one clear, glaring goal that I have yet failed to achieve: I have not become an Olympian, despite two authentic, and painfully close attempts at qualifying.

One thing we never covered in my high school goal setting class is what happens when a major goal isn’t achieved. Especially one as big as the Olympics – a goal that requires setting four, or in the case of the last Olympic cycle, five years of your life aside. If you fail to achieve such a big goal, how do you handle the embarrassment after putting yourself out there? What about the emotions? The regret? How do you pickup the pieces and re-focus on your next goal, having faith in a different outcome?

In 2016 I qualified for the Olympics, but the selection committee, having been able to choose three athletes, chose to take two, leaving me at home. By the following year, I could have written a book on “how to recover from goal failure”: in my eyes, I had handled each stage of shock, disappointment, anger, and recovery perfectly. Of course, I never would have written it because I would have been scared to “jinx” myself, but the truth is I felt more qualified then, than I do now, to explain how to handle not achieving a goal. I had dealt with the “ultimate heartbreak” of qualifying for an Olympic team and being denied the right to compete by my national federation, only to come back the following year as an athlete of the same caliber or better. The anger and pain at the beginning had been so raw and so hurtful that I couldn’t sleep, couldn’t stop talking about it, and ended up in tears most days. I went to my GP, I got counselling, I held it together enough to go to Rio and watch my husband compete. After, we took a long vacation to Ireland with my family to reset. When we got home, I returned to training, got a job, and worked closely with my sports psychologist and coach to progressively transform my anger into productive focus. In short, I was able to return my sights to my short-term (weekly training), medium-term (winning 2016 national XC, making 2017 IAAF World Championships), and long-term (making the 2020 Olympics) goals.

But when the failure happened again in 2021, my emotions were foreign to me. I kept reflecting on what my 2017 self would advise – I thought I knew all about this type of recovery – and yet I had no thoughts. I think my 2017 was so motivated by the idea of making the Tokyo Olympics that the idea of missing out on yet another games would have been too painful to prepare for. Deep down, I don’t think I believed that failure was an option, I WOULD make it to Tokyo, because I wasn’t going to make any mistakes, and because “fate and karma” would have my back. Yet there I was, in 2021, having to process one of my greatest fears: missing out on yet another team that I had the standard for. In hindsight, there’s no way my 2017 self could have imagined the 2020 pandemic, the postponement and uncertainty of the games, and then an injury that occurred after when the Olympics were initially scheduled to be. Maybe because of all this, 2021 Rachel’s way of processing this loss was completely alien to me. Where I felt I should be crying, I was laughing at the randomness of it all. When I felt I should be itching to compete I was happy to put my feet up and give myself the recovery I felt I needed. I was able to tune out Olympic coverage and calmly leave the room (mentally or physically) when confronted by it. I was being commended on my ability to “process this” and yet I didn’t feel like I was processing anything at all. That’s not to say I didn’t have sleepless nights, angry outbreaks, tears, and questions about my choices during my Olympic journey, but in general the feelings didn’t get as intense as I expected. I knew I wasn’t “ok” with what had happened, and yearned to be more visibly upset as I knew deep-down I was hurting, yet I felt in control of my emotions while going through them. This is hard to admit but I wasn’t proud of how I was handling the loss because I felt like I was just burying my head in the sand.

The week of the 2021 Olympics I was invited to a seminar titled: “Athlete-to-Athlete Co-Op”, targeted at athletes who missed the Olympics, hosted by the Canadian Athlete Wellness Program, Game Plan. I came in with no expectations but found this seminar to be incredibly valuable. It was hosted by someone who herself had missed out on the 2012 Olympics and revolved around a word the often throw around, but one we don’t discuss in depth: GRIEF.

It should have been obvious to me at that point that I was dealing with a form of grief, but grief of an intangible loss – hopes, dreams, an identity, belonging, roles and responsibility (all things an athlete looses when missing an Olympic team) – is something we consider far less often than grief of a tangible loss – a loved one, a pet, a job, finances, a home. Most importantly, the seminar forced me to re-examine grief, what it is, and how we can process it. In short, it allowed me to forgive myself for how I was processing 2021. Here were some of the major take-homes for me:
Maybe, on some subconscious level, my lessons learnt in 2016 guided me through my grief in 2021. Or maybe, the experiences were simply so unique that my ways of processing them were entirely different. Or perhaps, it was just my way of processed grief in 2016 vs. 2021. Whatever the reason, this seminar taught me to accept my own process. For anyone going through a loss, of whatever type, here are my top 3 pieces of advice: No matter how big or small, setting a goal and chasing it is a part of what makes us human. If we achieve a goal, it deserves to be celebrated, and if we miss one, we owe ourselves the time and energy that it takes to grieve: whatever that means for us. I believe that by allowing ourselves to embrace and process our grief, in the way that feels best to us, we can eventually regain the desire to dream fearlessly again – this time with more wisdom than before. 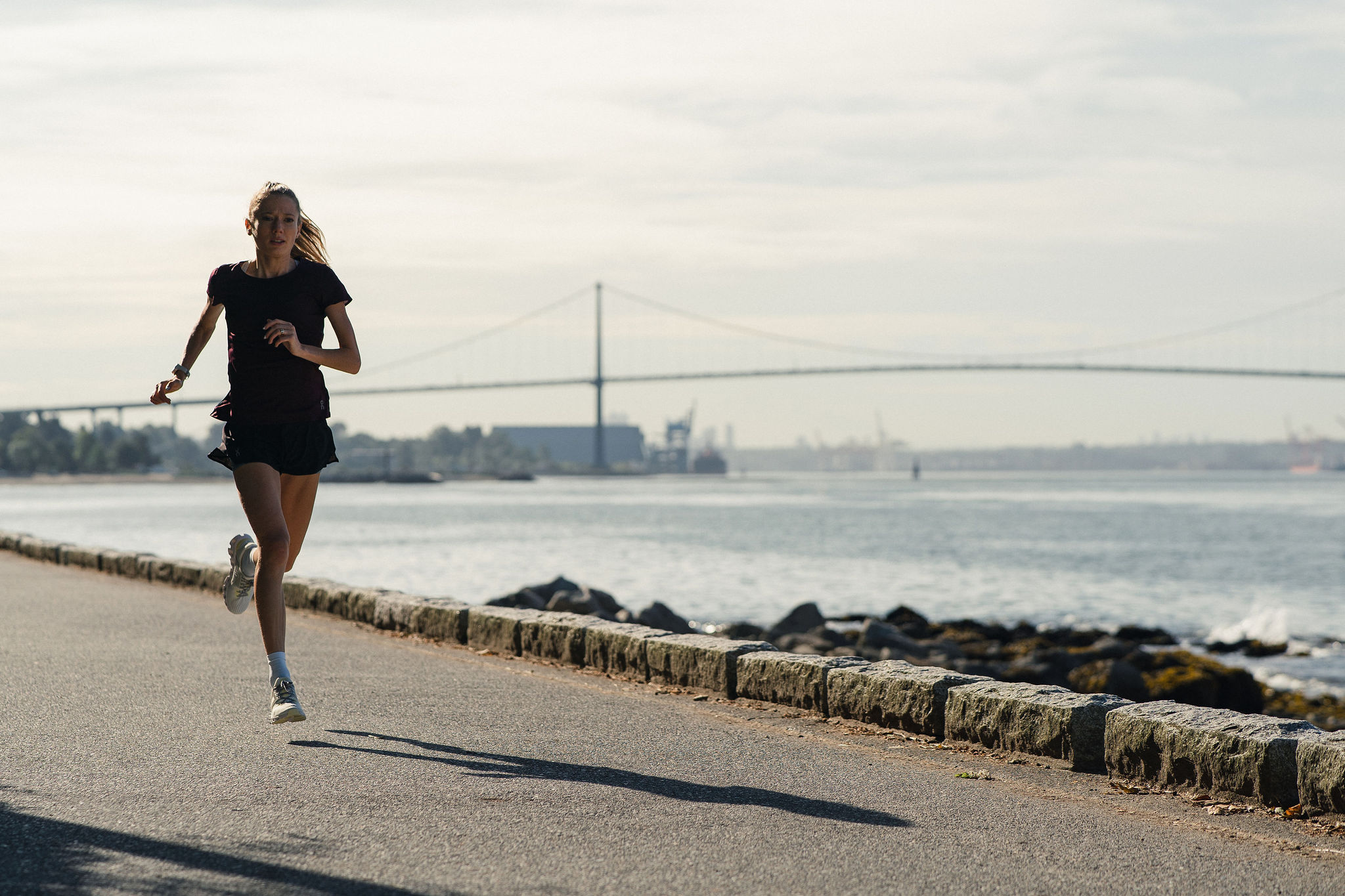 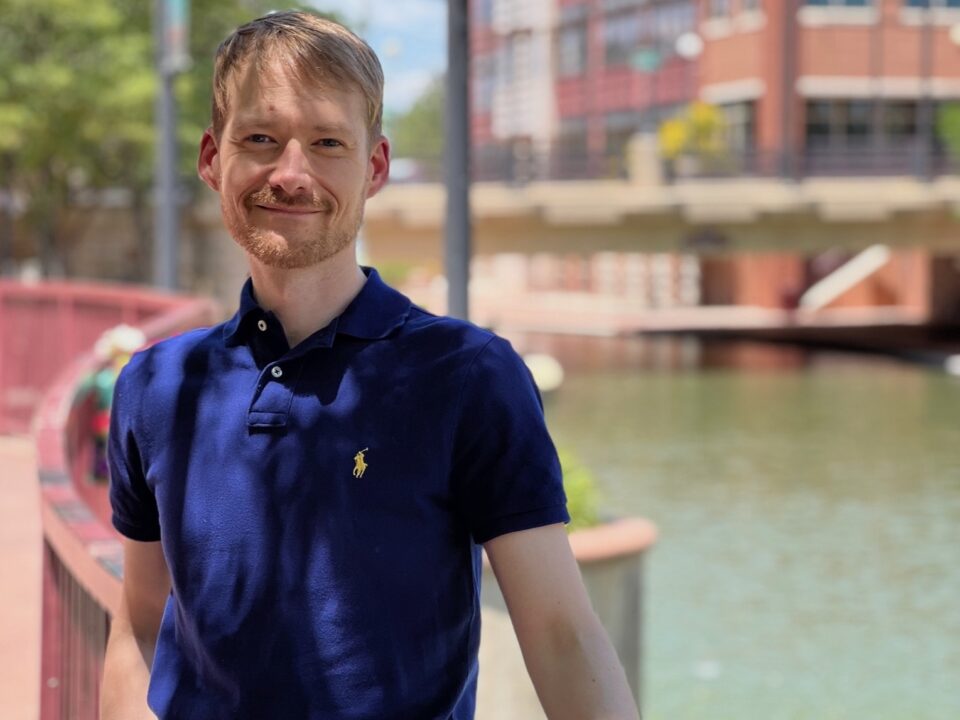 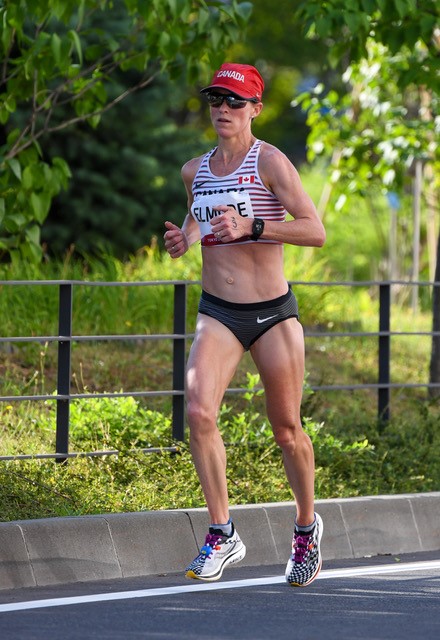 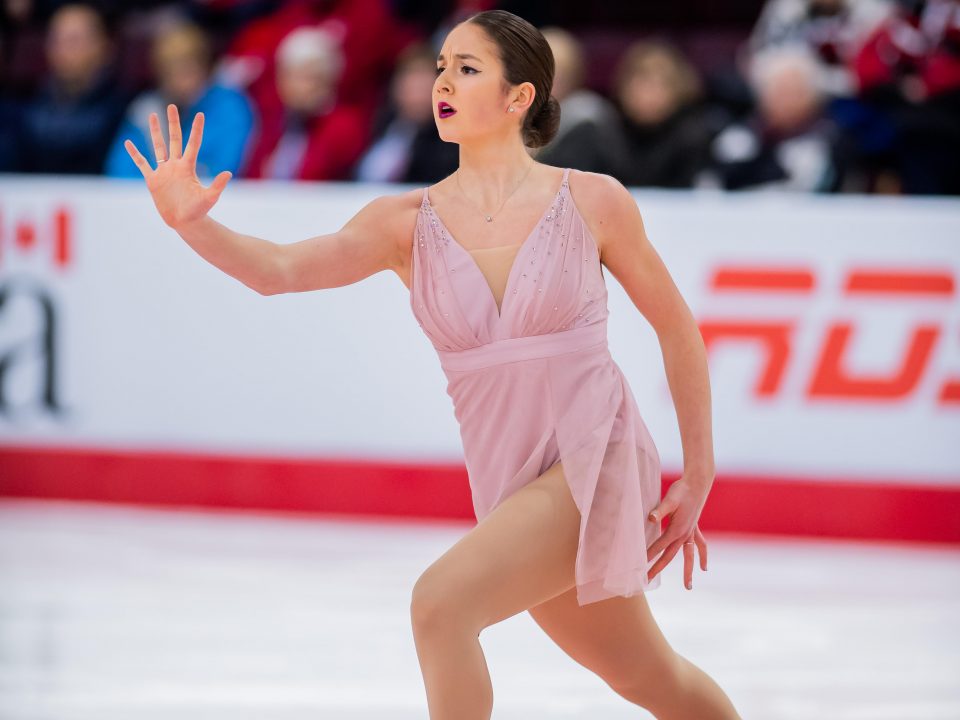 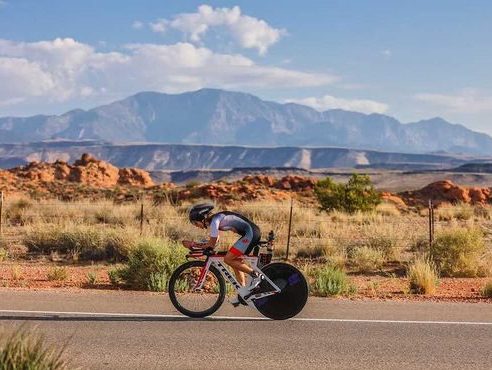 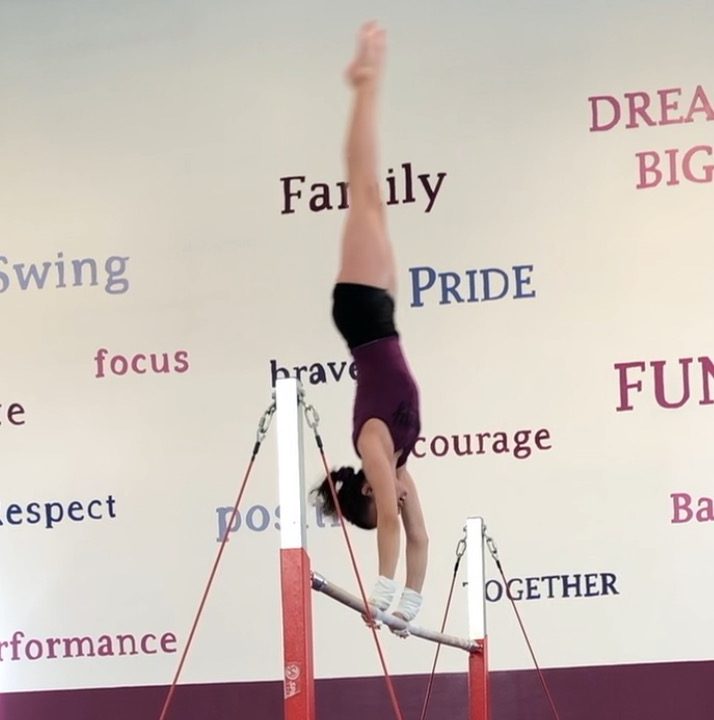 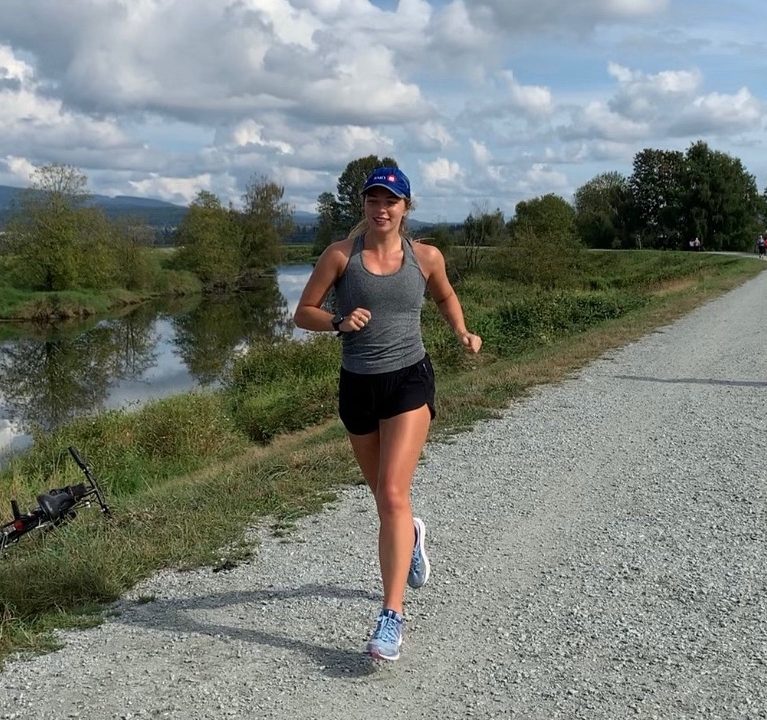 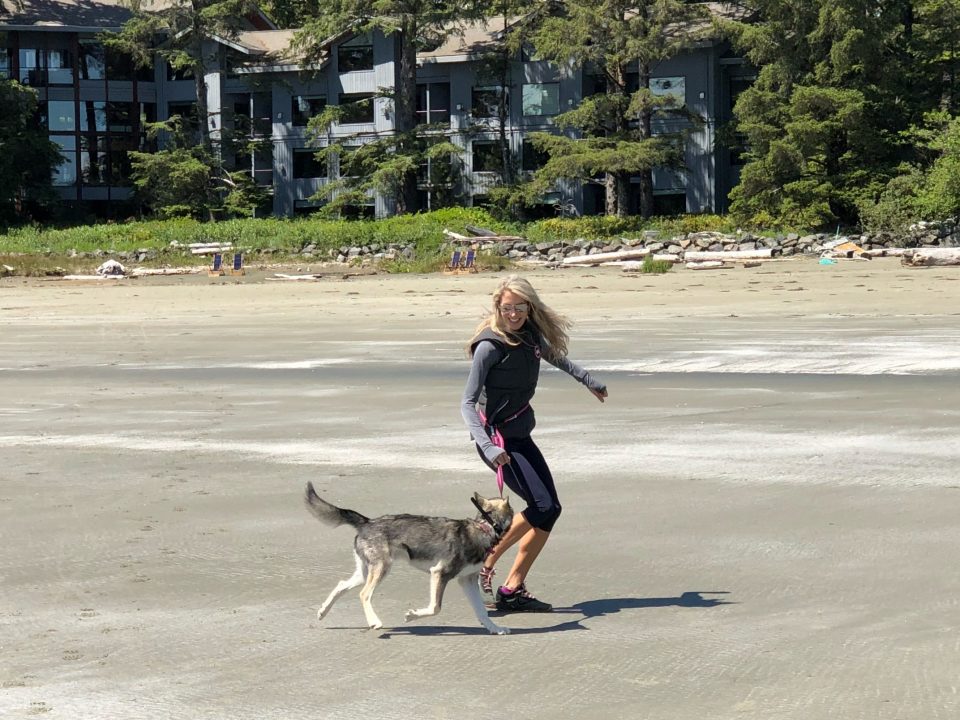 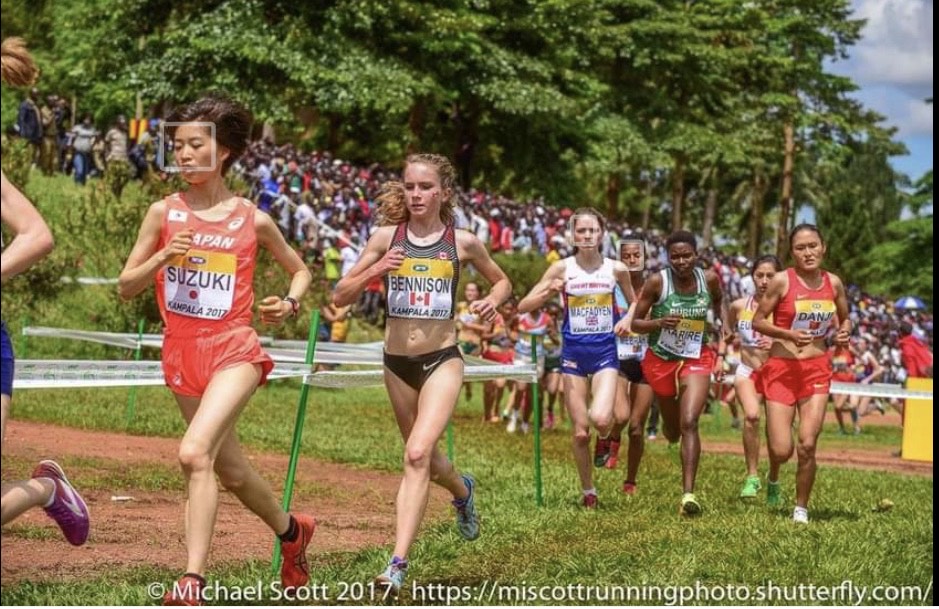 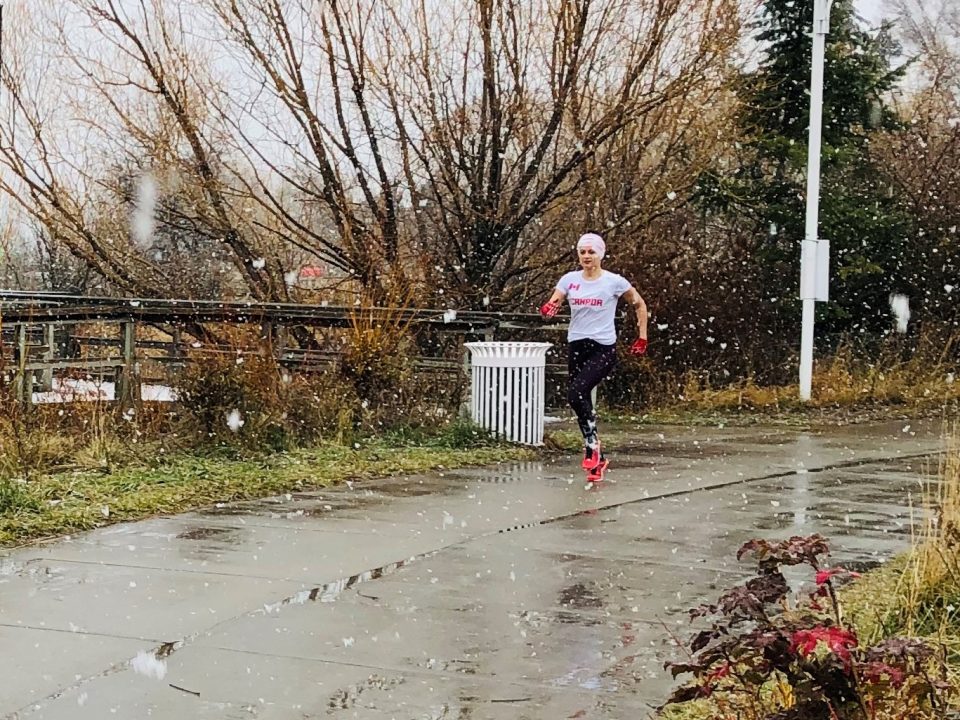